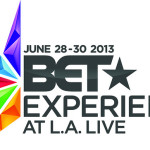 BEYONCÉ TO KICK OFF HER NORTH AMERICAN TOUR AT THE BET EXPERIENCE L.A. (Click Link) http://bethiphopawards.blogspot.com 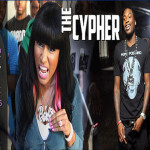 BET Networks’ Music Matters has teamed up with Kendrick Lamar for a 23-city tour that kicks off in Norfolk, VA on Friday, September 7th, 2012.

From Bonnaroo to the Pitchfork Music Festival, California native Kendrick Lamar has spent 2012 spreading his brand of “HiiiPoWeR.”

Schooled on the streets of Compton, Lamar grew up in the 90’s era of west coast hip hop and the influences are clear.

Kendrick is one the most prolific and phenomenal artist emerging today. His music, style and flow brings a fresh and important perspective to hip hop and we are proud to leverage the BET Music Matters brand to expose hisamazing talents to the masses,” said Kelly Griffin, BET Senior Director Music Programming.

“More than a hip hop show, it’s an experience worth a life time,” said Kendrick Lamar about the upcoming tour.

BET Networks’ Music Matters is an initiative dedicated to seeking out emerging artists devoted to creating music of the highest quality.

By bei ng associated with BET Networks,  Music Matters is a powerful way for new musicians to connect with existing fans and to be introduced to a wider audience.

The BET Networks’ Music Matters Tour employs a multi-platform approach to engage our audience including on-air promotions that reach over 90 million households, live appearances on 106 & PARK, the BET.com online portal and our award-winning mobile applications. 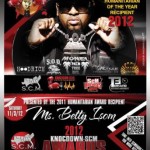 Miami Mike is well respected in the music industry as an intelligent and hard working Industry Executive. His hard work and enthusiasm has touched and inspired numerous persons in the music industry, as well those who have led a hard life. Mike is inspired by his father James Lee Sykes, Dr. Martin Luther King Jr., Sean Combs, Sean Carter, Bob Johnson, Sam Walton, Donald Trump, and the novels of John Grisham.

Miami Mike is responsible for helping Soulja Boy get signed to a major record Label. Soulja Boy was one of a few artist in the country to be paid $4,000-$8,000 a show unsigned.