Donald Trump’s NFT Collection Sells Out, Raising $4.45M
Trump’s “major announcement” of an NFT collection featuring himself was widely derided. But all 45,000 pieces sold in 12 hours. 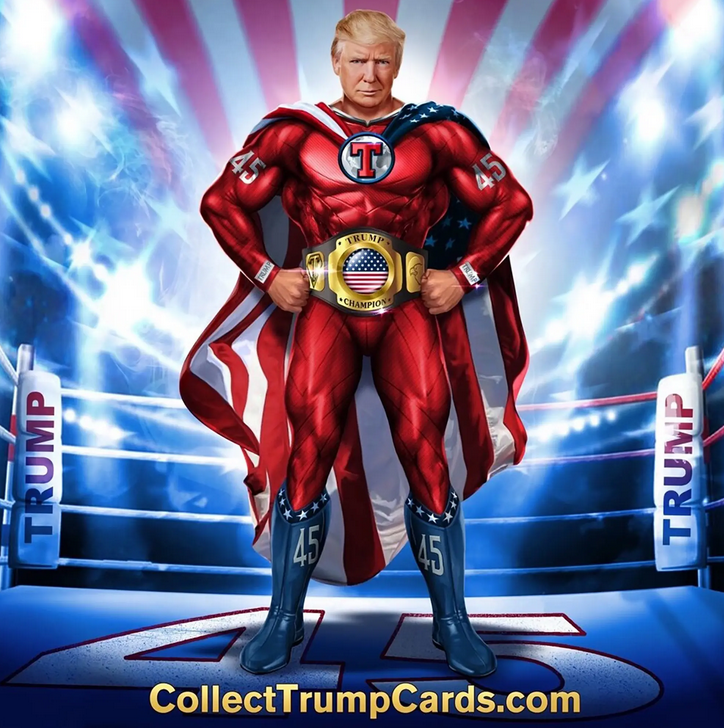 Earlier in the week, Donald Trump teased a “major announcement” on Truth Social, the platform he took to after being banned from Twitter last year. Some speculated Trump would be announcing his running mate for the 2024 presidential election, or some other key detail for his campaign. The news turned out to be a disappointment even to some of Trump’s supporters: a Trump-themed NFT collection.

“My official Donald Trump Digital Trading Card collection is here!” he posted on Thursday. Trump never used the abbreviation “NFT” in the post, but that’s indeed what the “digital trading cards” are: 45,000 NFTs on the Polygon blockchain, priced at $99 each.

Though the NFTs were widely mocked by both Trump supporters and detractors alike, all 45,000 sold out in around 12 hours, according to OpenSea data. At $99 each, that means $4.45 million has been raised. The collection’s creators also receive 10% of every sale on secondary markets like OpenSea. Thus far traders have spent $406,000 (320 ether) buying and selling the NFTs on OpenSea. Who that money goes to and how it’s used remains a mystery.

Donald Trump began his third campaign for president recently, followed by news that we would be making a “major announcement.” While most people thought that the announcement would be a political move, in an unexpected turn of events, the former president revealed something entirely different.

According to BBC, Trump released a collection of 45,000 fantasy non-fungible tokens (NFT) in an announcement via Truth Social, the social media site he founded in 2021.

According to the collection’s official website, the Trump Digital Trading Cards depict the president in cartoon art resembling collectible baseball cards. The Polygon-minted tokens cost $99 each and may be bought with ether (ETH) or fiat money.

Customers are prompted to select how many Trump Trading Cards they wish to buy after the checkout process. For buying 45 NFTs at once, the pop-up advertises a guaranteed ticket to a gala dinner with Trump, as seen in the screenshot below. This would cost a customer $4455.    Donald Trumps NFT Collection Sells Out In 12 Hours

In addition to being a rare collectible, each purchased Trump NFT instantly gives customers a chance to win thousands of spectacular prizes in a sweepstake to play golf at one of Trump’s properties and meet him. Customers can also get a ticket to a gala at a Trump resort in South Florida if they purchase 45 cards.

Despite widespread criticism from both Trump fans and critics, CNET reports that all 45,000 NFTs were sold out within 12 hours, according to data from OpenSea. At $99 each, the total amount raised is $4.45 million.

Donald Trump’s NFTs sold out in a day, doubled in value

What Will Happen to Trump’s NFT Trading Card Profit?

Following the sold-out trading cards, critics may be left wondering what was Trump’s motivation for the project or what he plans to do with the profit he earned. “These Digital Trading Cards are not political and have nothing to do with any political campaign.”  The collection’s organizer, NFT INT, clarifies on its website that none of the funds raised would go toward Trump’s 2024 presidential bid.  Donald Trumps NFT Collection Sells Out In 12 Hours